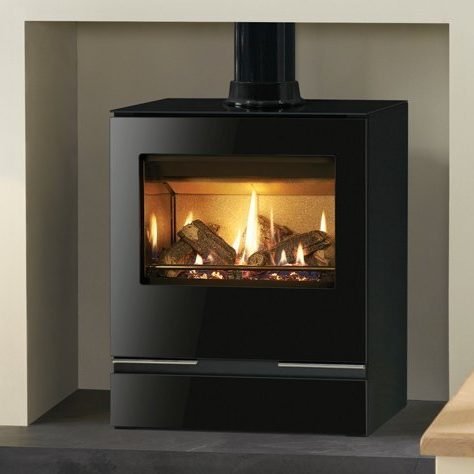 Looking for the perfect stove for the home? While wood burning stoves are typically viewed as the most attractive option, gas stoves can be equally as aesthetically pleasing, while also delivering several other great benefits too.

It’s important to understand the benefits of each type of stove on the market so you can make the right choice for the home. So, here we’ll look at some of the main benefits of gas stoves to consider.

Allowing you to accurately control their temperature

One of the biggest benefits of choosing a gas stove is that it allows you to more accurately control its temperature. It doesn’t require complex pipework, which means the heat comes directly from the stove; heating the home up much faster which ultimately results in much better efficiency. To turn the stove down, all you need to do is reduce the flow of gas, usually with a remote button.

You’ll also find them much easier to switch off too. The minute you switch off the gas supply, the stove automatically starts to cool. With multi-fuel or wood burning stoves on the other hand, you need to wait for the fuel to finish burning before it starts cooling down.

As gas stoves don’t burn wood, they’re generally a lot cleaner than the wood burning stoves. The one part of a gas stove you will need to clean is the flue. However, you only really need to do this once a year.

You’ll also want to clean the stove’s interior before the start of the cold winter season, and then again at the end. Besides this, gas stoves don’t really require much other maintenance, making them a convenient option for the home.

Doing your part for the environment

If you care about your impact on the environment, a gas stove is definitely the best option. They emit zero emissions due to the fact that they don’t burn wood or release smoke. This means they can also be used in areas where a wood or multi-fuel stove can’t be used due to ventilation issues.

You won’t need to worry about power outages

Flooding can also be an issue for an electric system. Electricity and water do not mix well, so a substantial amount of damage can be caused to the electrical parts of the stove if they are exposed to water. Gas stoves are generally safer and prone to less damage when exposed to water. In some cases, gas stoves have even been known to simply dry out and then continue working normally after they’ve been exposed to flooding.

With gas stoves, they have much fewer parts than other stoves such as electric stoves… They aren’t known to break down as frequently therefor they can last longer without having to have your stove serviced, however the servicing takes someone qualified in handling gas appliances therefor the price may be slightly higher..

You will need to have the stove serviced annually and this is something we offer here at Wharfe Valley Stoves.

As you can see, there are a lot of benefits which come from choosing a gas stove over an electric or multi-fuel model. You’ll find they come in a wide variety of designs to suit all interiors, and they’re generally quite cheap to install given they don’t require a traditional chimney to work. However, before choosing a gas stove, it’s important to consider the potential downsides too. While there’s certainly more benefits than downsides, it’s still important to take everything into account before choosing the right stove for the home.